our board of directors

Some of our Our Partners & sUPPORTERS 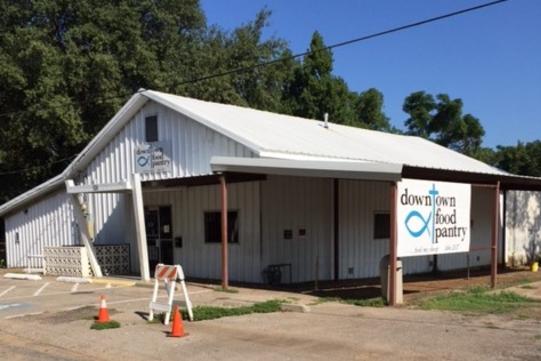 To feed the hungry of Lamar County with no regard to race, religion, sex or country of origin. To deliver the food as efficiently as possible always being cognizant of the resources we have been given.

More than 200 people volunteer for us each year and make the difference in the lives of thousands.

Bring an ID, proof of address (within Lamar County) and birth dates of all household members. Receive food every 2-weeks. Contact DFP for more information.

Downtown Food Pantry Non-Discrimination Statement: The U.S Department of Agriculture prohibits discrimination against its customers, employees, and applicants for employment on the bases of race, color, national origin, age, disability, sex, gender identity, religion, reprisal, and where applicable, political beliefs, marital status, familial or parental status, sexual orientation, or all or part of an individual’s income is derived from any public assistance program, or protected genetic information in employment or in any program or activity conducted or funded by the Department. (Not all prohibited bases will apply to all programs and/or employment activities.)

Cowboy Church in the Camp

2009 - Began in a Sunday School classroom on the bottom floor of the United Methodist Church. Served approximately 100 families.

2009 - DFP moved into the old co-ministry building (700 sq ft.) and became a partner agency with the North Texas Food Bank.

2012 - Awarded the Community Innovator of the Year from the North Texas Food Bank. Served 11,072 people and distributed 1.1 million pounds of food.

We thank our Board of Directors for their service and guidance!